AAVE supply held by large wallet investors on the network has increased substantially since January 18. Based on data from crypto intelligence tracker Santiment, the percentage supply of AAVE held by top addresses on the network hit a high.

AAVE price declined 6.3% over the past week and whales continued scooping up the DeFi token throughout the dip. The reason why may be because whales have identified  bullish catalysts in the AAVE ecosystem that could fuel a bullish narrative in the DeFi token.

While Aave V3’s launch on the Ethereum mainnet in March 2022 did not have an immediate impact on the DeFi token’s price, the development is a positive one for the protocol. The launch of the protocol on Ethereum could drive adoption and usage of the Aave protocol higher. These are potential long-term bullish catalysts for AAVE.

The Total Value Locked (TVL) metric in the Aave network, which measures the value of all the crypot funds held in smart contracts on the network and gives an indication of how active users are, declined from $5.4 billion to $3.7 billion. Despite the declining TVL, whale adoption could push AAVE price higher.

One of the factors negatively influencing Aave’s user adoption is the decline in staking rewards. 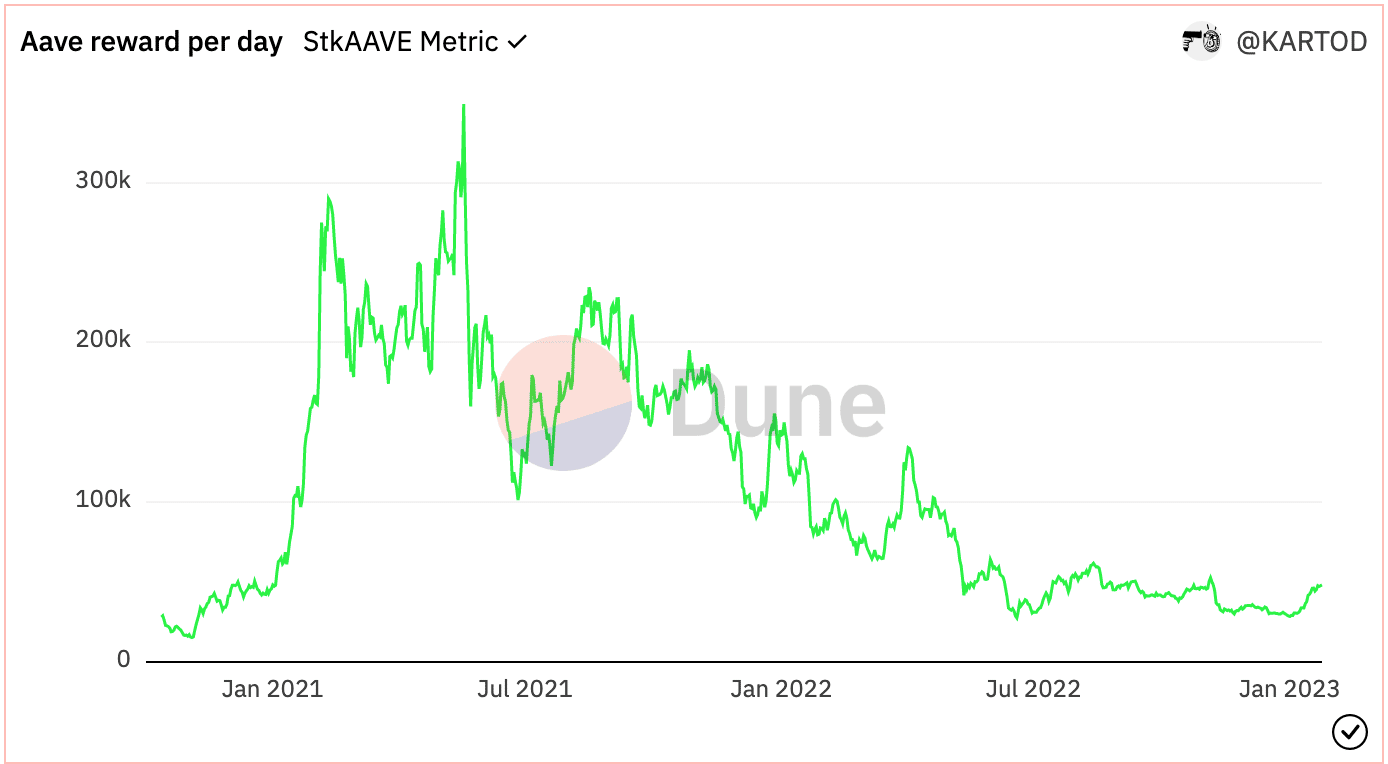 Based on data from Dune Analytics, staking rewards dropped consistently since July 2021. While AAVE lost nearly 25% users over the past month, the DeFi protocol’s recent partnership with Lemon App, a crypto exchange with operations in Argentina and Brazil means 1.7 million users could soon gain access to Aave and supply liquidity to the platform. This is another bullish catalyst for the DeFi protocol.