Disclaimer: The findings of the following analysis are the sole opinions of the writer and should not be considered investment advice.

Candlewicks on daily charts into an area of former supply, currently demand zone can see a bullish impulse move away from the liquidity pocket. Such a scenario could be brewing for Litecoin on the daily charts. Despite the fear in the crypto markets in recent weeks, and although the overall trend for the coin was bearish since November, a region on the charts presented itself as a place where bulls could bid heavily at.

The downtrend has been relentless since mid-November. Four months in and the trend was yet to be broken. On the daily chart, the most recent of the lower highs lay at $116, and bulls would need to push past this level to break the bearish market structure.

In late February, news of a Russian invasion into Ukraine broke out and created panic in the markets, and the price saw a nasty wick to the downside that reached $90 to form a swing low.

It was possible that the price would descend to these lows once more, in search of liquidity. Late shorters could also be trapped just under $90, which would create fuel should the price reverse and shoot toward $120. 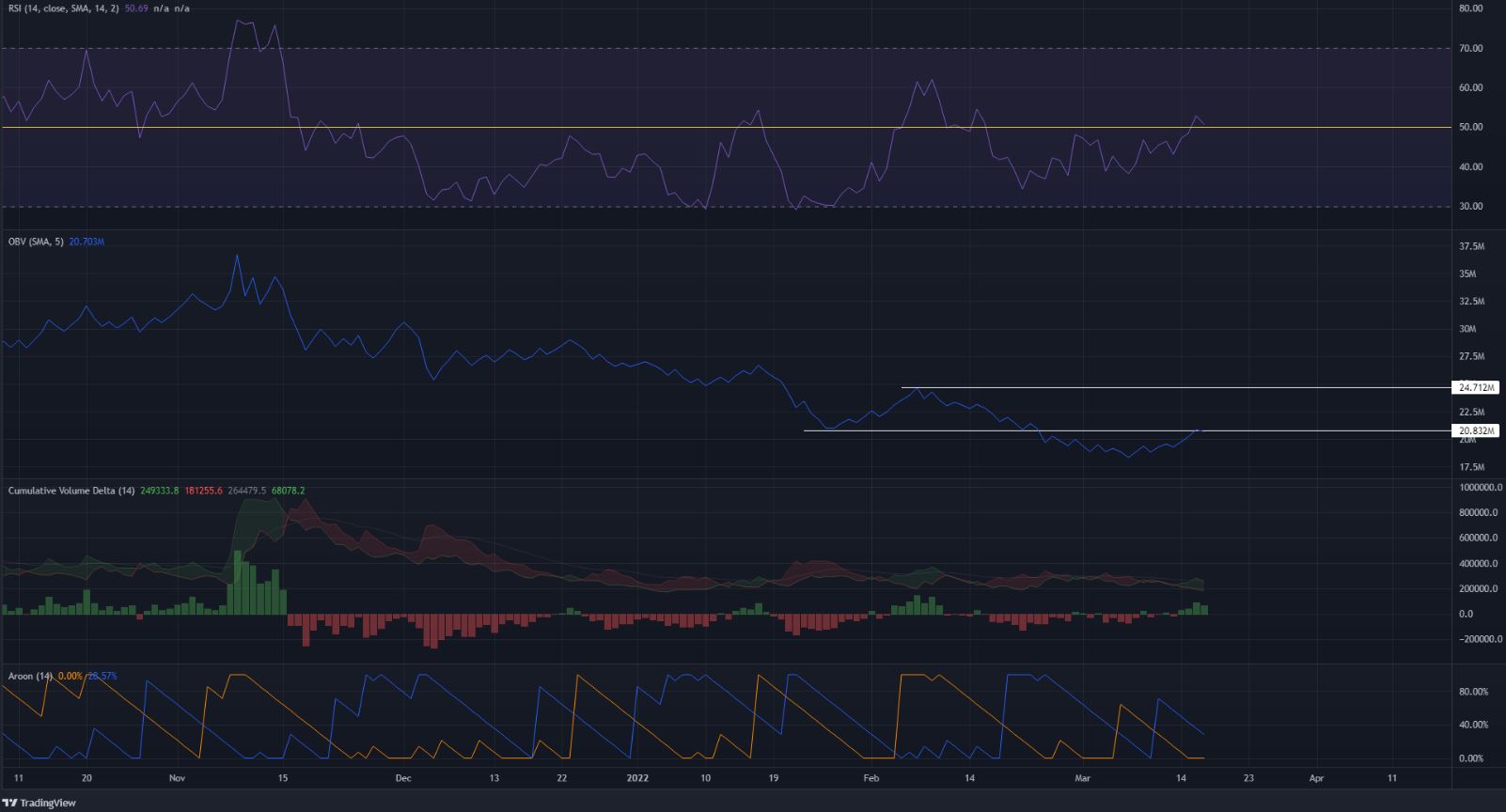 Both the 21 and 55 SMAs (orange and green respectively) had offered resistance to the price recently, and LTC has beaten the 21 SMA. However, there was a confluence of resistance from moving averages and former demand, now supply zones just above $109, at $113.

The RSI stood at 50.69 and showed that no real trend was behind Litecoin in the past two or three weeks. The OBV has been trending steadily downward, and selling pressure has been unwavering. The CVD showed some buying pressure in recent days, but this was likely not enough to flip the downtrend by itself.

The Aroon indicator also showed that the past four months have been dominated by downtrends, with minor retracements thrown into the mix.

If the $90 lows are revisited, a reversal candle or bullish divergence can be used to trigger an entry to a long position targeting $120 and possibly $145. However, the trend was bearish. There was a hint that price could range between $90 and $144 in the months to come- but another rejection at $140 is required to make that conclusion.