Coinbase Global Inc (NASDAQ:COIN) and Robinhood Markets Inc (NASDAQ:HOOD) have been in long-term downtrends but have recently printed possible reversal signals on their daily charts.

On Monday, Coinbase bounced up from near to a support level and printed a dragonfly doji candlestick on the daily chart, which indicates high prices may come on Tuesday.

Robinhood tested the new all-time low it printed on Jan. 6 and bounced up to print a doji candlestick. The backtest and bounce up from the level also created a bullish double bottom pattern.

Although both stocks have a lot of work to do to give bulls confidence, a reversal may be in the cards and there are signs the bottom may be in for Coinbase and Robinhood.

It should be noted that events such as the general markets turning bearish, negative reactions to earnings prints and negative news headlines about a stock can quickly invalidate bullish patterns and breakouts.

As the saying goes, “the trend is your friend until it isn’t,” and any trader in a bullish position should have a clear stop set in place and manage their risk versus reward.

Want direct analysis? Find me in the BZ Pro lounge! Click here for a free trial.

In The News: On Monday, Cathie Wood’s Ark Investment Management continued to load shares of both Coinbase and Robinhood. The money management firm added 319,961 shares of Robinhood to its existing 22.2 million share position and purchased 143,518 more shares of Coinbase, which adds to the stake of 4.87 million shares the firm held prior to Monday.

Ark Investment has been using the dips in Bitcoin and the wider cryptocurrency market to add to positions of stocks that have exposure to the crypto space.

The Coinbase Chart: On Monday, Coinbase came within about just $6 of its May 19 low of $208 but bounced up from a support level near $213.23 to close on a support level at $225 and printed a dragonfly candlestick.

The Robinhood Chart: On Thursday and Monday, Robinhood printed a double bottom pattern at the all-time low of $14.75 and on Tuesday, Robinhood was trading up slightly higher in an attempt to react bullishly to the formation. 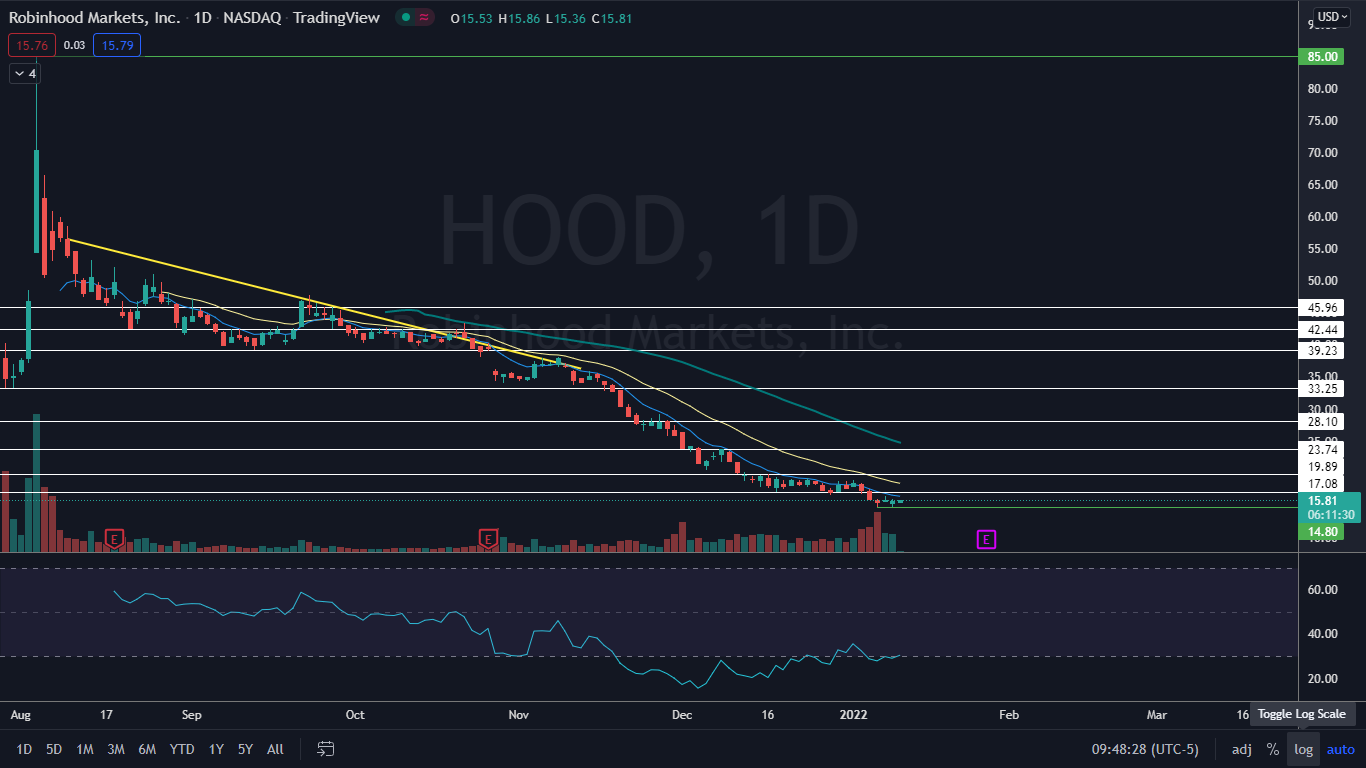